Groups and Symmetry By M.A. Armstrong 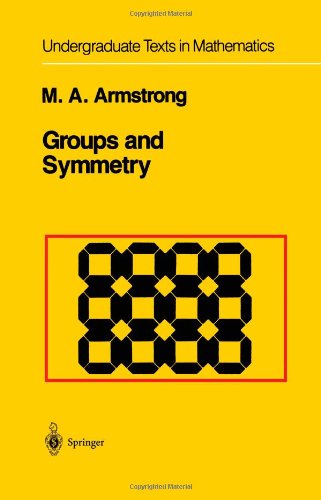 Armstrong does an amazing job with his introduction to group theory. Unlike most texts he uses a geometric approach for a lot of his work in groups. With that he uses dihedral groups a lot in his exposition and is always going back to it (and symmetric groups) for examples. I thought it to be refreshing to see group theory presented from an alternative angle. Although he doesn't provide answers for his exercises, all of the exercises are answerable using the text provided. Some of them were difficult enough to pose some fun challenges while reading the book. Although the book is not the best introductory text I've found out there, I thought Armstrong's introduction of finitely generated abelian groups was very well done. It definitely was better than most of the ones I had seen out there and definitely worth reading more into. The final theorem he put in his book was the Nielsen-Schreier Theorem which states:

Every subgroup of a free group is free

Which is a super fun concept and is not fully introduced in a lot of the texts that I've read in the group theory world. If you want a text that does group theory from the slight angle of geometry I definitely recommend this book.