Introduction to Group Theory by Ledermann and Weir 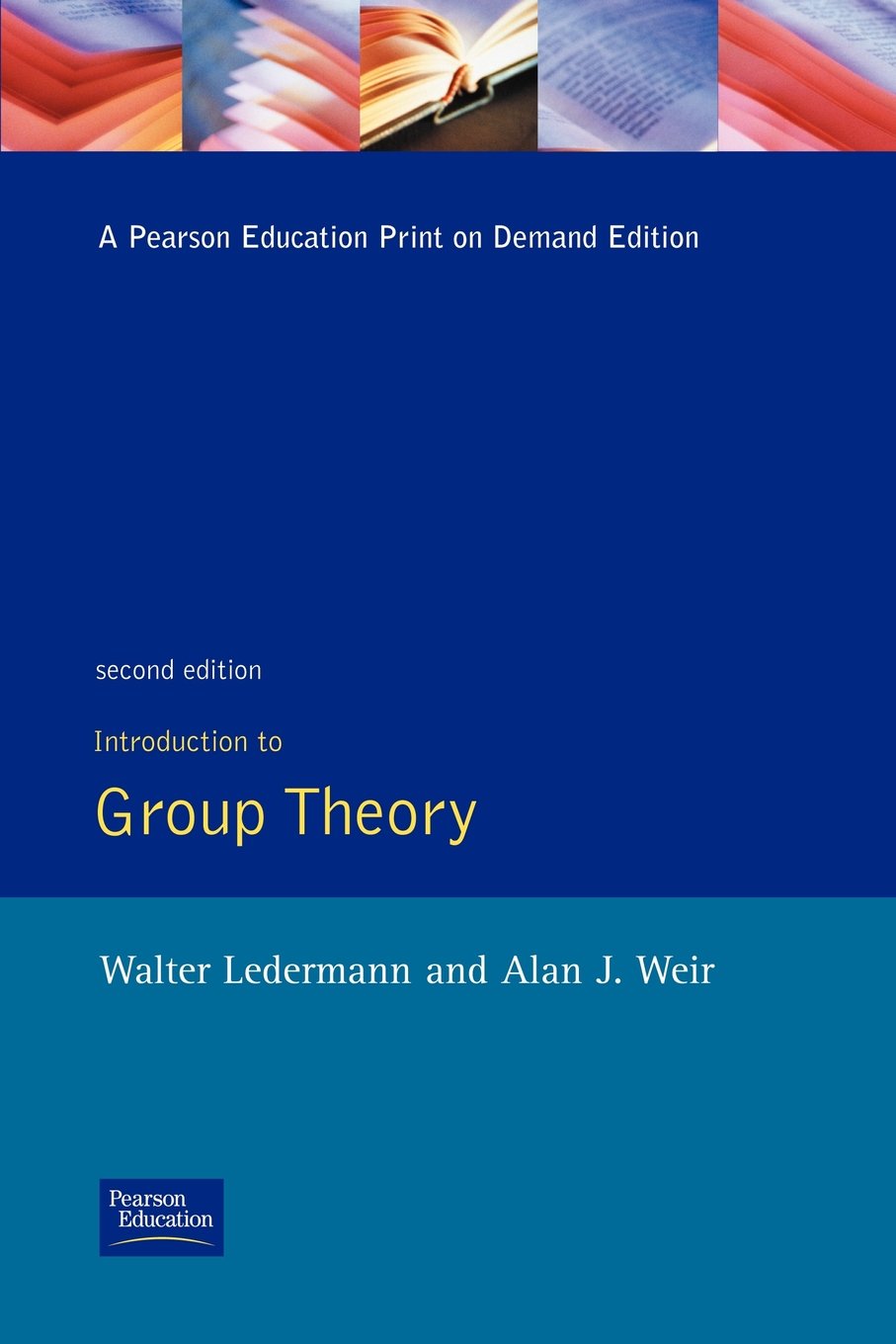 Ledermann and Weir take a slightly unique approach in the theory of groups. Their text is slightly difficult to follow in a lot of places as they tend to group things together in non-standard ways. The biggest difference I found with his use of symbols is when talking about homomorphisms. In particular most texts will look at a homomorphism:

and when going from

they apply a function such as

; Ledermann and Weird on the other hand choose to use the notation of

. Although this format might be more concise, it can at times be a little confusing as to what each symbol is supposed to stand for. My assumption is that he's trying to show that a homomorphism is similar to group actions with the action being the map

, but for an introductory piece, it can be particularly confusing.

The biggest part I did enjoy about this book was the list of topics. Not only did he cover the standard topics of groups, subgroups, cosets, normal groups, conjugacy classes, etc. he also threw in some topics you don't normally see in an introductory course such as double cosets, free groups, the derived series, soluble and nilpotent groups. He tends to go through topics fairly quickly so it can be a little difficult to follow at times, but it's not that bad to follow and can generally be followed on your own. Another part about this book I thoroughly enjoyed was that every exercise had a solution in the back of the book. Exercises are essential when learning any new topic and when you are trying to teach yourself, having questions without answers can be a little difficult at times because you can never be sure you're actually doing it correctly.

All in all I think this book is a really good book for introductory group theory. If you're willing to invest a little bit of time understanding the notation, you'll learn more out of this book than most other books on group theory.